Skip to content
Go Back to Shop All CategoriesArticles 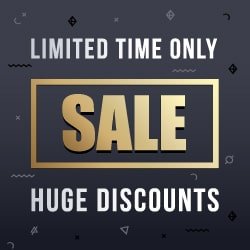 Bohemian or Boho style is one of the fashion trends that never goes away. Instead, it flourishes with time. Boho is a style that originated from artists, intellects, writers, and singers. This style is still carried by the artists and has taken a modern twist. However, this style is entirely inspired by the 60s and 70s Boho style from hippie culture. But the modern twist and infusion of new elements have taken the bohemian style to the next level. This style is now called the Boho-chic style. This style is now a significant trend among the world’s hottest celebrities, such as Beyoncé, Vanessa Hudgens. It was pulled by the celebrities like Cher, Stevie Nicks, and many more in the past.
So starting from the 60s and 70s till now, we will explore how celebrities used the Boho style and rock it in the best possible way. To know how the trend took turns and twists, be with us.

Celebrities from The Past

Celebrities have always been a style icon for all of us. They pull off all the trendy fashion in one way or another. Bohemian style, as discussed, was a fashion trend of the artist. So it is liked and adopted by then for years (or you can say centuries). Here we will mention some of the most celebrities who are considered the Boho-style icons and inspiration for all from the 60s and 70s.

Stevie Nicks is one of the biggest names of Boho style from the 70s. Stevie was an iconic singer from the past, most famous for her song “Fleetwood Mac” from the 70s. She is considered a godmother of the bohemian style. Bohemian-style icons list is incomplete without her.
She wore Boho style in a way that made it a trend far before when people barely knew about it. Stevie’s signature scarfs, Boho jewelry, top hats, and dolman sleeves with loose-fitting clothes made her an inspiration for many. She had perused Boho style so perfectly that her look was recreated many times. 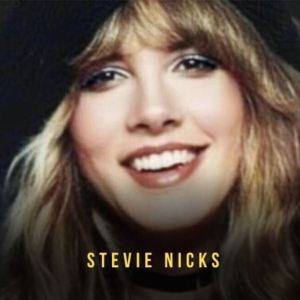 Janis Joplin is another name from the 70s. She was a singer and a fashion Boho fashion icon. Her influence on music as well as a Boho style icon was supreme. Nobody can be compared to her as she rocked the music industry. She was identified as a distinct personality due to her signature Boho round sunglasses and attire. Unfortunately, she died at only 27. But she still lives in our hearts, and nobody can think about the Boho trend with mentioning her name.

Talitha Getty is another name from Hollywood who had a significant impact on the fashion industry from the 60s. Her fashion sense as a model made her an iconic personality. Although, like Janis, she couldn’t live much in this mortal world and died at 30. But her boho styling kept her alive as an influence for so many years, and she will remain active as a cultural icon.

Chaka khan is another biggest name in the music industry. She is recognized as the “Queen of Funk” in the industry with her work. Chaka is a name that has been known all around the world since the 70s. With her iconic performance and dedication to her career, she is also one of the goddesses of the fashion industry.
While exploring these starts from the past, one thing is Boho style and music go hand-in-hand. So was Chaka. Her unique sense of carrying Boho fashion trends makes her an iconic fashion diva in the world of bohemian fashion. She pulled off the fashion to another level. Periphery and a fro enveloped her go-to style status, and she was an outright dream for this sort of style. There’s nothing very as lighthearted as her smile.

Jane is a name that needs no introduction. She is a singer, actress, and model. She rose to fame by her musical and romantic relationship with Serge Gainsbourg. With that, she remained an ultimate Boho babe because of her outstanding Boho styling. This Boho-chic flaunts her peasant tops with flared blue jeans in a way that captured much heart. With that, she became an influential style icon for bohemian style lovers.

So now you know some of the most common and influential names from the past who took Boho style to another level with their style statement. Now, as we now Boho and infused many modern patterns and designed like floral prints and many others which is now called as “Boho-chick style.” Let’s have a look at some of the most famous names of Boho-chicks styling from Hollywood. These celebrities have embodied this style and nailed it in a perfect vintage-retro way. You can also learn and get an idea of taking these styles into your wardrobe as well.

Vanessa Hudgen is a name that completes the trend of Boho chick. You cannot imagine the boho-chick style reaching the heights without thinking of her. Vanessa Hudgens is an actress and singer. You can see her any time wearing a Boho floral print dress or crop-top and denim skirt combo, with her chunky high heels. A vintage bohemian fashion choice that can easily be imitated
As we know, Boho style is all about individuality and style statements. Vanessa is a name that never fails to make her mark and turn heads with her Boho-chick style bold look.
You know that Boho-style is not meant to be expensive and also it’s not for celebrities only. You can try it whenever you want and with any combo. So what are you waiting for? Shop for your favorite accessories here. 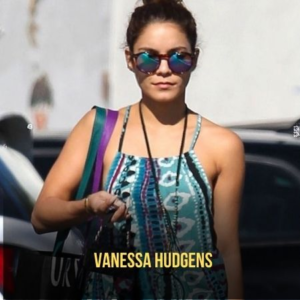 Nicole Richie is another prod supporter and influencer of Boho design. She regularly displays Boho-style dresses, tops, and adornments. Nicky likes to stay with straightforward outlines and floral tops; with the ideal mix of floral, botanical, and periphery, this top is the perfect method to channel your soul.
In case you don’t know which shirt to wear to accomplish your Boho look, you can’t turn out badly with weaving. This decoration tie weave top is a comfortable and floral heartfelt top. It’s like one woven denim Jessica Alba was spotted wearing.

Designer, reality star, and style symbol, Rachel Zoe helped develop the present-day bohemian attire into Los Angeles under the name “it-young lady” scene. Nicole Richie, Rachel’s client, is well known for setting the bohemian style pattern, primarily a result of Zoe.
Rachel Zoe has her self-named dress line and fills in as a beautician for a significant number of the present top-style influencers and superstars.
You’ll probably see Rachel with streaming hair, larger than usual shades, and example, jumbling looks. She adores Boho-style caps, enormous, organized sacks, and streaming-designed dresses. With her initiatives and works as a bohemian style artist, she has raised the bar for Boho-styling and greatly impacted today’s generation.

Being the daughter of Lisa Bonet and Lenny Kravitz, Zoe needs no introduction. But without using her parent’s fame, Zoe makes her mark in the industry. She also became a style icon after she embraced Boho-chic trends. She has always been in the spotlight because of her parents, so she is more than comfortable wearing what she wants.
Also, with her mother’s traditional Boho look and father’s rock style combination, she manages to create a blissful blend of both tones. This combination turned heads left and right. Some of the most common Boho-chick dresses that Zoe is seen wearing are long gowns and skirts.
Also, not at all like numerous other Boho style symbols, she ordinarily wears jewelry and selects more unpredictable textures and dress plans.

Florence is a name who tries to get connected with her60s and 70s Boho fashion predecessors. She tries to revive the Boho fashion trend of the 60s and 70s to enjoy the perks of original bohemian styles. She is much inspired by 19th century Boho fashion and admires the muses’ from that era. She is indeed recognized as a Boho icon. Her outstanding dress sense and her picks from the past made her undoubtedly a rocking actress in the industry.

Sienna Miller is solely the name who is responsible for the revival of Boho style into its current form, the Boho-chick style. She was the one who resonated and defined the Boho culture not only for women but also for men.

Celebrities always play an important role in promoting a trend as they are always in the spotlight. People like to follow the ones who they admire. Therefore, the main reason the bohemian or Boho style spread worldwide was the artists. When artists demand to connect their style statement with their sentiments, their fans start to support and embrace those trends, and that’s how Boho or any other trend gets viral.

So who is your favorite Boho-style icon, and why?

What is boho style or bohemian style?

What comes to your mind when you hear the term BOHO Style or BOHEMIAN Style? You may imagine someone with loose-fitting, colorful clothes that resemble more to the nomadic lifestyle. Right? Or maybe you imagine some artist or singer who wears loose clothes or you may think of a more casual trend. But have you...

Dream Catchers – A Symbol of Protection

You must have seen a hoop woven like a web with a feather dangling at the edge at the trees, porches, on a cradle, in the house or gift shop. But, have you ever think what it is and how it originated? What is the purpose of a Dream catcher? Does it catch dreams? Or... 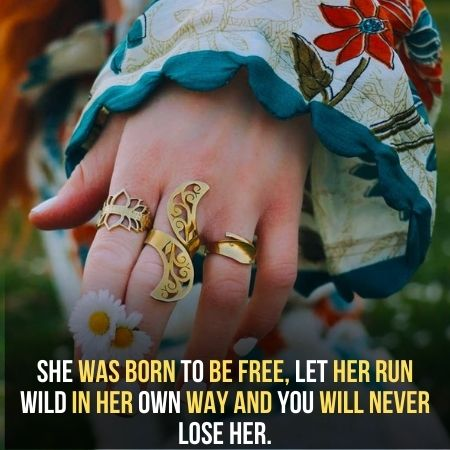 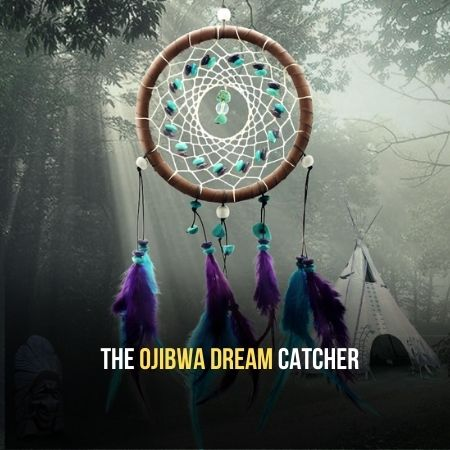 Dream Catchers – A Symbol of Protection

You must have seen a hoop woven like a web with a feather dangling at the edge at the trees, porches, on a cradle, in the house or gift shop. But, have you ever think what it is and how it originated? What is the purpose of a Dream catcher? Does it catch dreams? Or […] 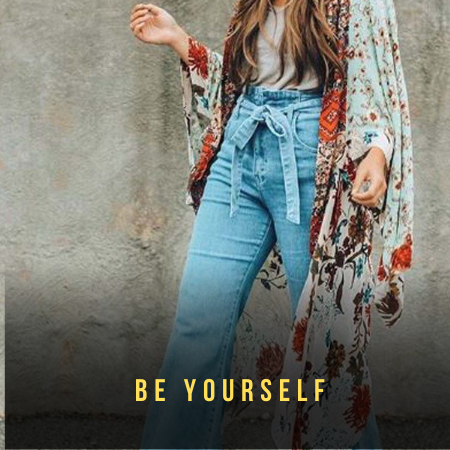 What is boho style or bohemian style?

What comes to your mind when you hear the term BOHO Style or BOHEMIAN Style? You may imagine someone with loose-fitting, colorful clothes that resemble more to the nomadic lifestyle. Right? Or maybe you imagine some artist or singer who wears loose clothes or you may think of a more casual trend. But have you […]

No products in the cart.